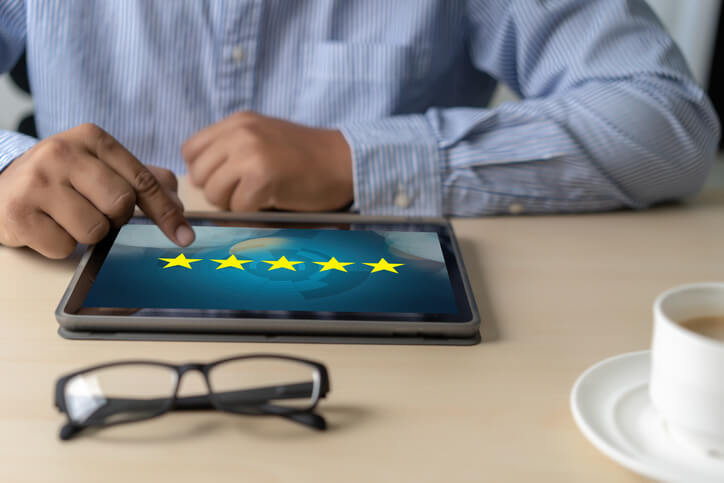 Reviews of AC companies are among the most prevalent form of reference consulted by those who need professional HVAC services. Online reviews are a key component used for vetting businesses based on consumer-provided information about the companies' products and/or services. Reviews are intended to help consumers identify the best heating and cooling services and weed out the worst. But not all reviews are written by customers — in a number of cases, untrustworthy HVAC businesses may author a portion of their company's reviews or enlist their colleagues and friends to submit positive testimonials. LIBERTYAIR offers the following tips for how to identify fake reviews, so you can ensure that the company you hire is worth your while. If you’re looking for a trustworthy HVAC company to provide effective HVAC services, such as ac repair in High Springs, FL, contact us today.

One of the simplest ways to avoid being fooled by fake HVAC reviews is to stick to trustworthy websites. Reputable sites actively monitor reviews, detect fake submissions, and promptly delete them. Less trustworthy sites may encourage fabricated testimonials by allowing these reviews to populate their site without repercussions or filtering, or worse, they may allow companies to pay to have positive reviews. But even the most reputable sites may fall prey to some false reviews. To ensure the reviews that you consult are trustworthy, be sure to consult steps two through five.

A small service provider may have only a handful of reviews, but if you notice that all of those reviews were posted either on the same day or within a few days of each other, there may be cause for suspicion. Even large corporations may use this tactic to attempt to increase their customer base. If each of the reviews features an identical time stamp, or clusters of reviews have similar timestamps, it may indicate that the reviews were paid for by the company.

There are legitimate reasons why a company could receive multiple reviews around the same time period, though. Perhaps the company implemented a new review policy and has stepped up its efforts in requesting reviews. It's also possible a member of the company spoke at a trade show, conference or convention and received reviews from participants or audience members who enjoyed the presentation.

3. Be Wary Of Reviews That Sound Similar

As with similar or identical review time stamps, consumers should be wary of HVAC reviews that are too similar as well as those which feature identical phrases. Multiple reviews written by fake customers often include a significant portion of first-person pronouns and they tend to be short in length — this contrasts with genuine reviews about ac repair which offer significant insight into the service. Also, if an HVAC review reads as an advertisement, it is likely that it is advertisement. Do some investigating on the source by checking out the reviewer's profile and reading any other reviews they've authored. If the reviewer’s previous submissions seem questionable, or if the reviewer doesn’t have a profile, it's best to err on the side of caution by excluding their submission from the group of reviews deemed trustworthy and authentic.

When it comes to online reviews about heating and cooling system services, the devil is in the details, or lack thereof. When a genuine customer submits a review about an AC installation in High Springs performed in their home, the reviewer will likely provide details about their experience. Customers tend to mention the name of the individual who serviced their HVAC system. Authentic reviews might also include details regarding the issues they experienced with their system and what the technicians did to remediate the problems — these details include genuine and personal experiences, both of which are difficult to fabricate.

Despite the range of positive reviews about a trusted HVAC company, it’s likely that, at one point or another, a negative review will appear. A trustworthy company will respond to the review and attempt to remediate the situation — unfortunately, such is not the case with unscrupulous vendors. Fueled by competition, a company might delete the negative review altogether. Or the business might combat their negative review by posting fake reviews about their competitors. Consumers should look out for reviews that mention competing companies. Genuine reviews are typically posted in the time immediately following their service date, not after they had a positive experience with a different company. Don’t be fooled by a review that praises another company, as it was likely the work of the praised company.